During the summertime, the days are longer, it’s a lot hotter, and you may be going to camp, taking a vacation, or hanging out in the park. If you’re spending time outside, you’ll already know that something else comes with summer in North Carolina, thunderstorms.

Summer is the wettest season in North Carolina and torrential downpours are both beautiful and sometimes frightening to see. The rain is only the beginning though. When rain falls to the ground, it begins to flow and runs off into low lying areas called flood plains. In these flood plains an unsung hero works to control the extra standing water and reduce flooding, wetlands.

So what makes wetlands so special? Wetlands are areas where there is standing water for part of the year, water saturated soils form, and special moisture adapted plants called hydrophytes grow. Wetlands act like sponges, soaking up and holding water during periods of increased rain and slowly releasing it into the soil and surrounding area over time. In addition to lessening flooding, wetlands provide other ecosystem services like water filtration, carbon sequestration, and erosion control. Wetlands are also hot spots for biodiversity and support diverse populations of birds, amphibians, mammals and more. 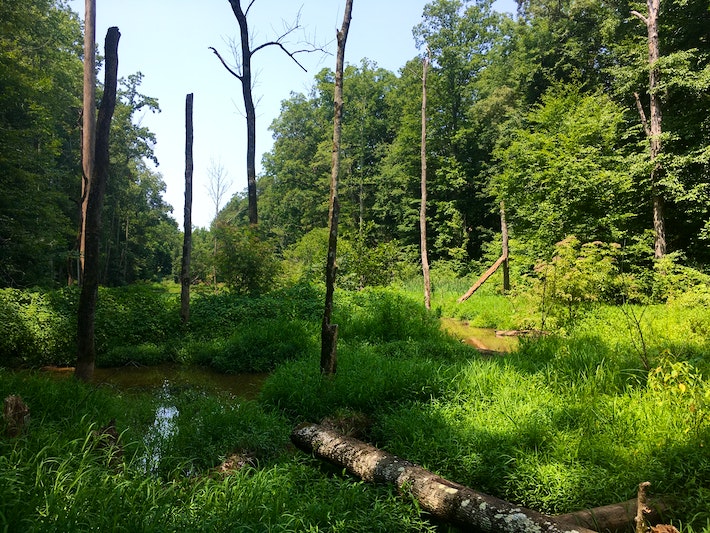 Wetlands aren’t the only force at work to prevent flooding though, soil everywhere works to drink up rain. You may have even seen this at work on a field or grassy area. After a big rain there may be a puddle or muddy patch that forms, but over time the water seeps down and is absorbed into the ground. When there’s a slow steady rain, the soil keeps up and drinks in the water before it has a chance to pool, but when it rains quickly and heavily the ground can’t keep up and standing water starts to flow. When rain hits a surface where it can’t be absorbed at all, like driveways, roads, or sidewalks, it will quickly start to flow, usually towards a gutter and sewer and eventually to a stream.

Because Charlotte has lots of impermeable surfaces and few remaining wetlands, we send a lot of water through the sewers and to our streams. This makes the creeks deeper and faster during storms and eventually they overflow. Flooding like this can happen quickly and be very dangerous. So what can we do about it?

There are big steps that can be taken like replacing parking lots, driveways, and sidewalks with gravel, permeable pavements, or pavers with spaces in them like the ones below. Another smaller but effective strategy is to slow water down before it gets to the streams. You can do that at home by installing a rain barrel to catch rain from your gutters during storms and release or use it during dry times. Finally, go appreciate and learn how to protect our local wetlands in Mecklenburg County and across North Carolina. Learn more about wetlands and find one near you at http://www.ncwetlands.org/ 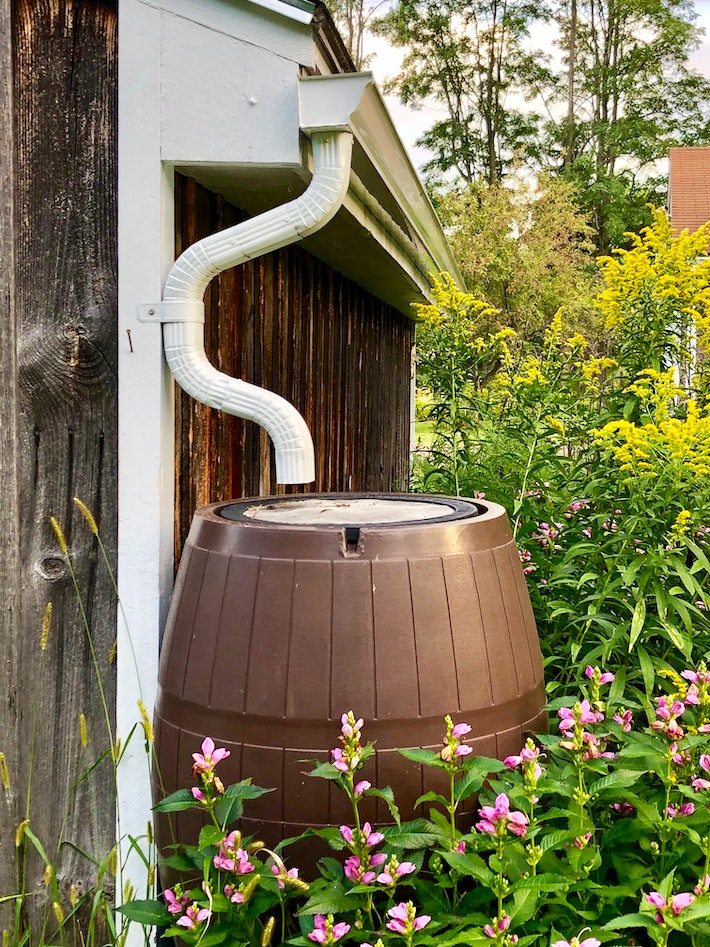