Explore the properties of water right at home

Welome back to our Stay-At-Home Science series! While most of us are stuck at home and going stir-crazy, why not make science accessible for everyone with some fun experiments and projects you can do as a family?

Ever wonder how a raindrop crawls across a window, or how morning dew sticks to a spider’s web? Scientists ask questions, form hypotheses and perform experiments to gain a better understanding of the world around them.

In today's experiment, you will explore two properties of water by testing if water can travel along a string.

This experiment will take about 20 minutes and is best suited for students in elementary or middle school.

To Prepare for the Experiment

Before you test, make a hypothesis. A hypothesis is what you think will happen based on past observations and things you already know. When you perform an experiment, a hypothesis states “I think this will happen because…” After the experiment, ask yourself, “Was my hypothesis right or wrong? Why?” For example, one hypothesis of this experiment could be “I think the water will drip onto the counter because that’s what happened when I poured a glass of water this morning.”

Once You’ve Made your Hypothesis, It’s Time to Test.

Step 1. Put the free end of the string (that isn’t taped) in the cup of water. Hold the string in place with your finger.

Step 2. Holding both cups steady, lift the water cup above the empty cup, but not directly over it. Keep that string taut, but don’t pull too hard!

Step 3. Slowly pour the water out of the cup onto the string, like you’re pouring water from one cup to the other. Keep the lower end of the string from touching the side of the empty cup. What’s happening? Is the water moving down the string or dripping onto the counter?

You’re not done yet! Oftentimes, scientists perform the same test over and over. Each time they learn something new and make changes to their hypothesis or form a new one. With what you’ve observed, would change your hypothesis at all, or make a new one?

Step 5. Reset the test with one change: get the string wet. Dunk it in the water and squeeze off the excess.

Can you use Cohesion and Adhesion to explain what you observed?

Older learners can test different liquids, like milk, juice or soda, and compare the results on a data sheet. They can also test different materials of string. 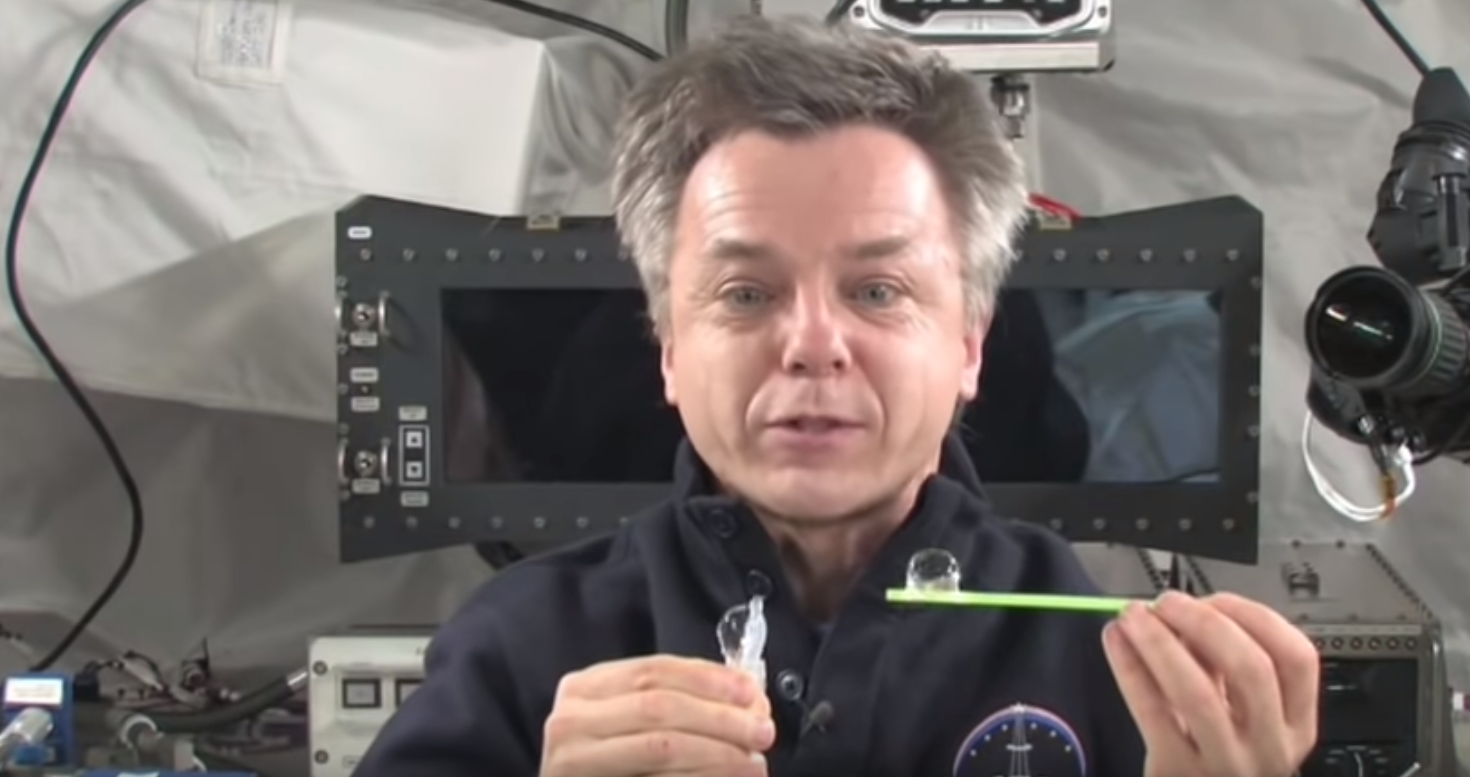